Can you imagine an armed officer showing up at your home and handing you a notice that your home must be removed and police will return in 48 hours to dismantle it? 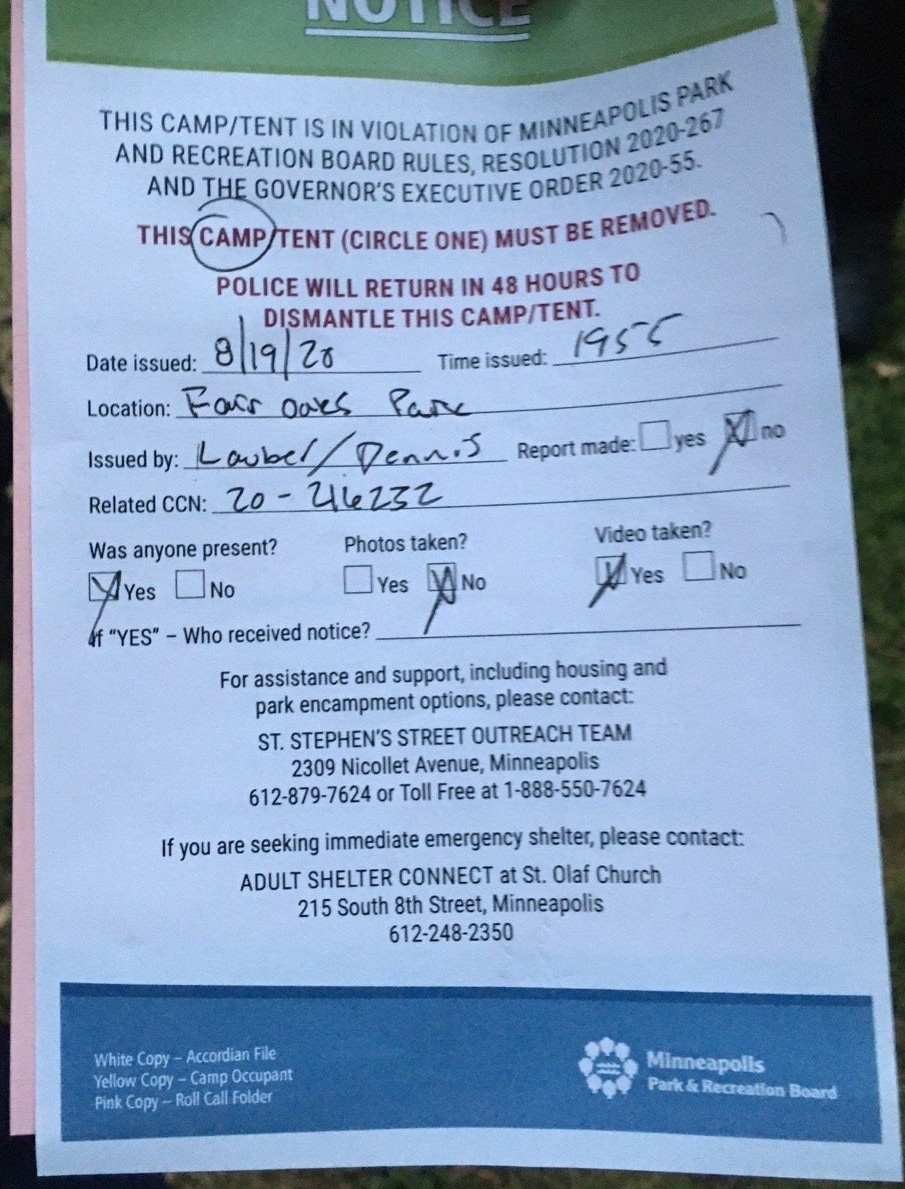 The Minneapolis Parks & Recreation Board must dismantle their $6.5M/year police force.

Don't want people in the parks? Use some of that money to join @mplssanctuary partner ZACAH in giving people hotel rooms.

Don't think that's feasible long-term? You're right! Join @DefendGlendale and organize to put pressure on @MPLSPubHousing to rise to the occasion and begin a massive expansion of public housing rather than privatizing it.

The evaporating pretensions of the @MplsParkBoard to stand for sanctuary shows that having a police force around will mean repression and violence, even violent eviction from living spaces, before doing the hard work for justice. #AbolishPolicing to remove a block on progress.

All the police budgets in the world won't solve poverty, the rigged economy, and lack of society-wide help and solidarity. But police are, by design, very effective at shielding power from accountability and disrupting efforts to build countervailing power, even mutual aid.

Police disperse, jail, and brutalize to stop movements. We see it suppressing encampments for housing justice and protests against police brutality itself.

We need to see this strategy and stop it from being applied. The one-third of us unable to pay for housing are up next.

Contact the Twin Cities Solidarity Network (at facebook.com/tcsolnet or through me) for eviction defense in Minneapolis / St. Paul and area (we'll connect you with other people in your neighborhood or who have the same landlord or property management company to increase your power).

And the Workers Defense Alliance can help connect you to copwatch groups forming throughout the cities. Get to know your neighbors and build capacity to reduce and resist police terror!